Skip to content
7 Hatchbacks from the 1980’s
Posted on 27 September, 2017 by Fernando Uriostegui 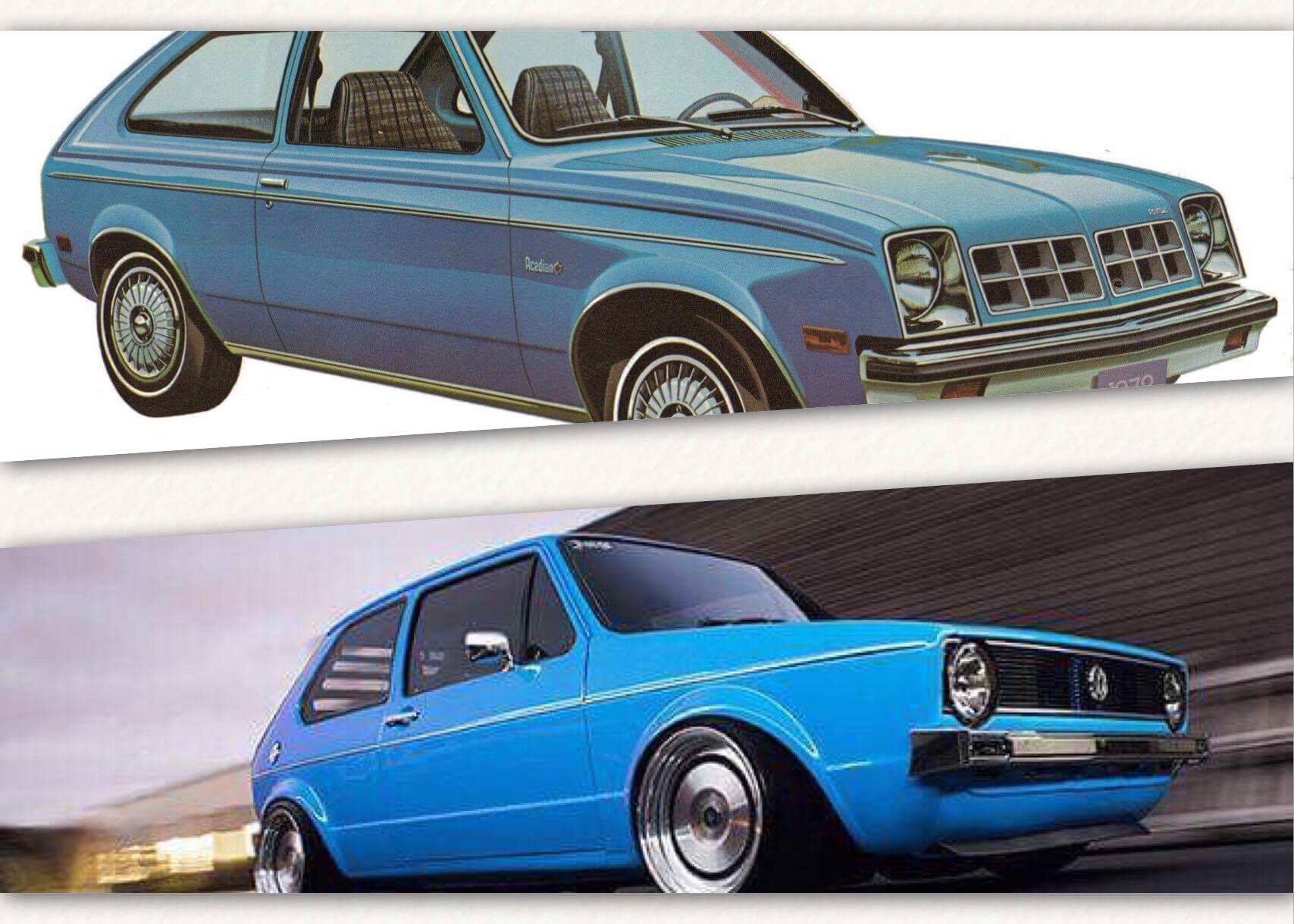 A blast from the past.

Hatchbacks started out in 1980, by the end of the decade they had grown into respectable, popular automobiles or at least some of them did. For every hundred Volkswagen Golfs that we get to see at a classic car show, there is one Plymouth Champ. Here are 7 Hatchbacks from the 1980’s  that you just don’t see anymomore. 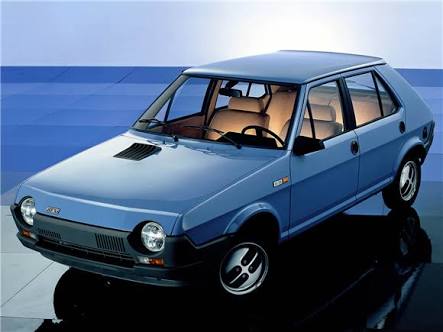 Known as the Ritmo in other markets, the Strada debuted in 1978 and was offered in three-door and five-door form. Inline-four engines that had to be worked pretty hard to get going, but the interior was well laid out and ergonomically sound. Contemporary reviews of the car in the U.S. predicted a bright future for the Strada, and they were indeed progressive machines in terms of design and engineering. 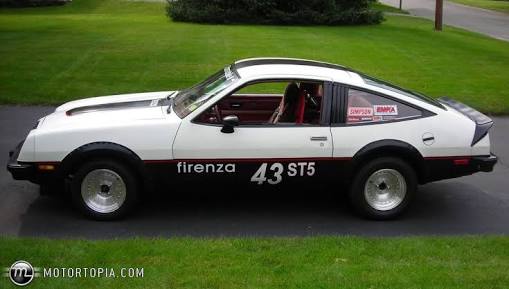 Along with sedan, wagon and coupe variants, the Firenza was also available as a hatchback. The hatchback was offered from 1982 till 1987. 1.8-liter and 2.0-liter inline-four engines powered the Firenza lineup, with an available 2.8-liter V6 desperately trying to make the cars feel upscale. Chief among the reasons for its lack of success in the marketplace was the fact that essentially the same car could be had as a Chevy Cavalier, which was cheaper. 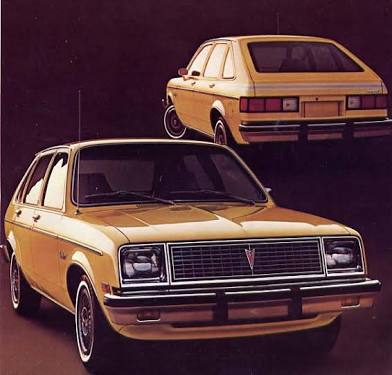 “Pontiac, the people who bring you the personal luxury of Grand Prix and the performance excitement of Trans Am proudly offer you the fun and practicality of the Acadian”.

Engines included 1.4-liter and 1.6-liter inline fours, which were just enough to keep the scenery moving. The Acadian was also available with woody siding, which did more to help the car’s slabby, appliance-like profile than to fool other drivers into thinking it was some fancy schmancy station wagon. 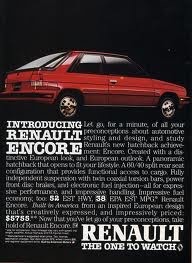 Available from 1984 till 1987, the Encore was available in three-door and five-door form, essentially serving as the station wagon of the range. The Encore was the sensible choice as long as you were buying a Renault anyway. A generous rear hatch opening and a bubble window, which was great for visibility, added to the utility and convenience.

The Encore was popular at first, being a new European hatch in a market dominated by the smaller Golf, but 1984 saw the end of high gas prices and a head-snapping return to big cars and big engines. 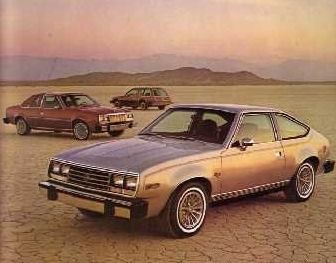 Offered in two-door sedan and liftback form, the Spirit made use of a wide variety of engines ranging from a 2.0-liter inline-four sourced from Volkswagen to AMC’s 5.0-liter V8, a somewhat overlooked item from the Gremlin.

4.2-liter inline-six remained, which allowed the Spirit to overpower rivals like the Dodge Omni and the Chevy Chevette. 1983 would be the last year for the Spirit liftback as Renault models would take over the AMC range, with the Fuego becoming the Spirit’s most direct replacement. 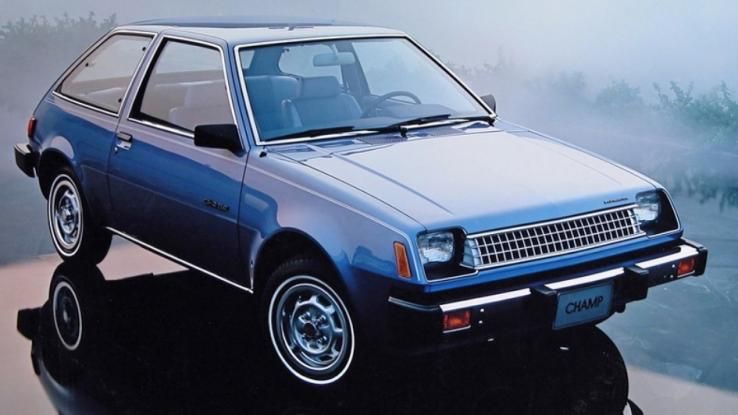 While other domestic automakers were working overtime trying to create good hatchbacks from scratch, Chrysler was quietly importing Mitsubishis which were already very good and sticking Dodge and Plymouth badges on them. That’s how North America received the Plymouth Champ, known as the Mitsubishi Mirage and Colt in its home market. Dodge dealers hawked these as Dodge Colts, while Plymouth boutiques offered these as Champs. 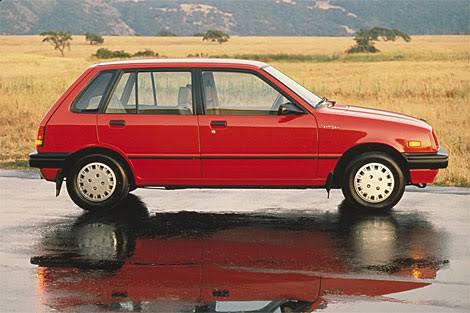 GM has always known that it’s easier to bring in a car from overseas than to spend the money engineering one from scratch. Luckily, GM knew a guy or two at Suzuki, and brought the Cultus hatch to the States badged as the Chevrolet Sprint. Billed as the “Best Mileage Car in America!!”, the Sprint offered a compact footprint and a surprisingly well thought-out interior. That’s because it was designed in Japan, where it had to compete with over a dozen other cars in that particular segment, so being competent was a prerequisite.

Have you seen one of these 7 Hatchbacks from the 1980’s  around?