Earlier this year we talked about the famous “Engine Swap”.

Many fans of the Golf Mk1 agree to change their engine, being an old car, it does not have the same power as before. But there are also purists who think that altering the machinery means mutilating such  beautiful car and its original genius.

Today we will talk about the VR6 engine, since it is possible to install a 6-cylinder engine on existing Volkswagen cars, so it is definitely afavorite. 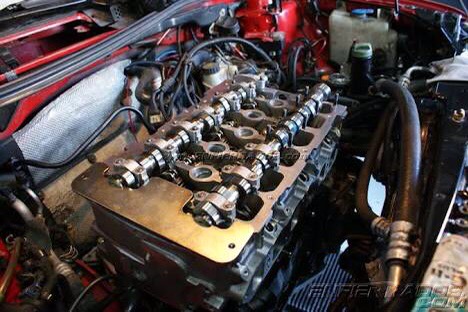 It consists of six cylinders at a narrower angle than the conventional. Developed by Volkswagen in the late 80’s, and it remains in production today. 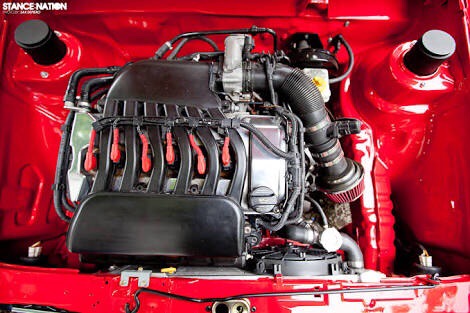 It can also be described as six staggered cylinders. Staggered motors are good to improved design, with odd number of cylinders and V-staggered configurations. 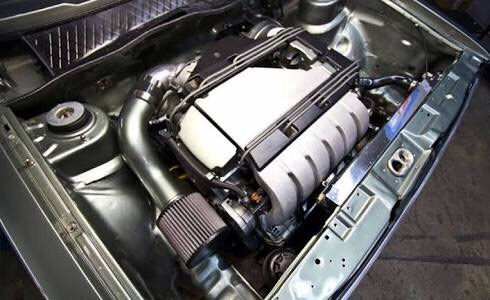 The name VR6 derives from the combination of engine in V and of the German word “Reihenmotor” (motor in line). It was specifically designed for transversely installed engines in front-wheel drive cars. 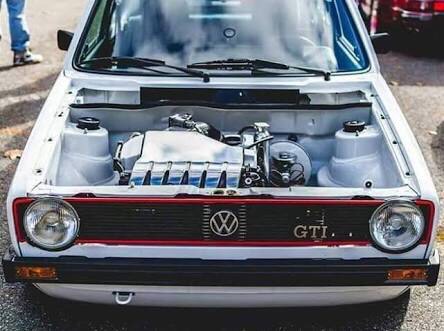 A conventional V6 engine may require lengthening the vehicles to make room for the new, wider engine. The VR6 can use the ignition order of a 6-cylinder in-line engine, and as a result, a smooth operation. 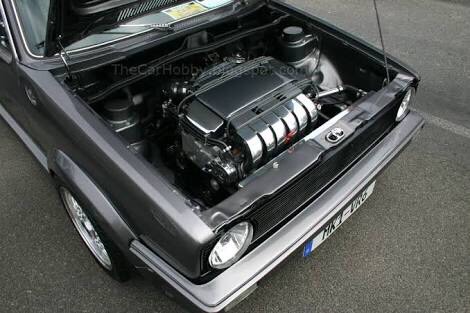 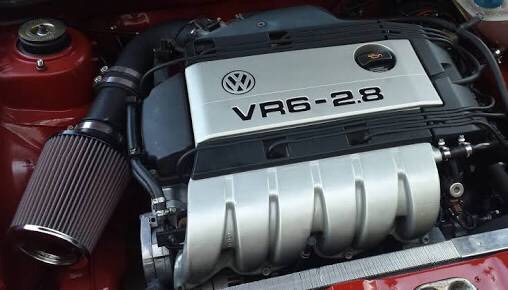 Volkswagen identifies the original VR6 with the code ‘AAA’. It operates in four-stroke cycle, has a displacement of 2.8 liters. The diameter of the cylinders is 81.0 millimeters, and the piston stroke is 90.0 mm. The angle between benches is 15 °, and the compression ratio is 10: 1. 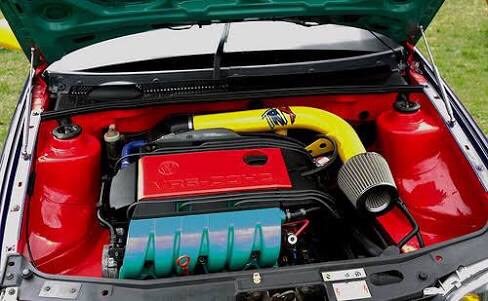 The fuel injectors, operated by the engine control unit, are mounted behind the intake manifold elbow. This place also protects the injectors from a frontal collision. 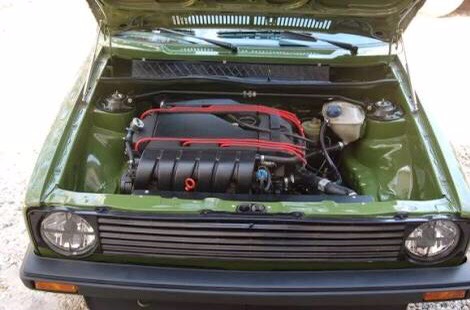 The water pump is integrated into the cylinder block. The VR6 engine also uses an auxiliary electric pump to circulate engine coolant while it is running, in addition to the main pump driven by a belt. 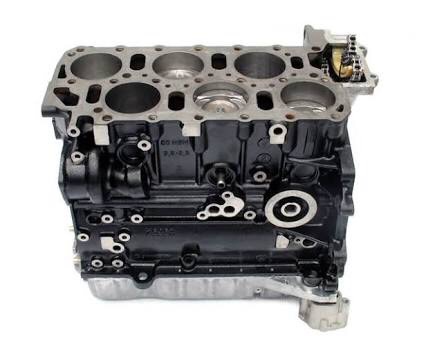 The oil pump is mounted on the crankcase and is driven by an intermediate shaft. An oil pressure control valve is engaged in the pump. 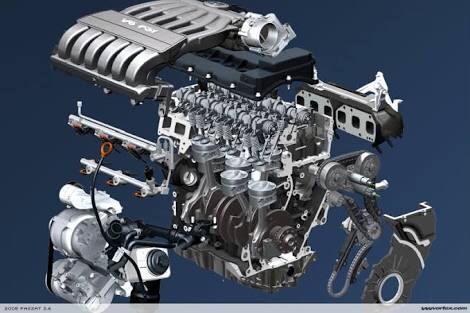 The one-piece cylinder block and crankcase is constructed of pearl gray cast iron with microalloyed steel. The two three-cylinder seats are arranged at an angle of 15 ° to the crankshaft. The sleeves of the cylinders have a diameter of 81 mm, with 65 mm of space between cylinders. They are staggered, but overlapping along the engine block, allowing the engine to be shorter and more compact than a conventional V6 engine.